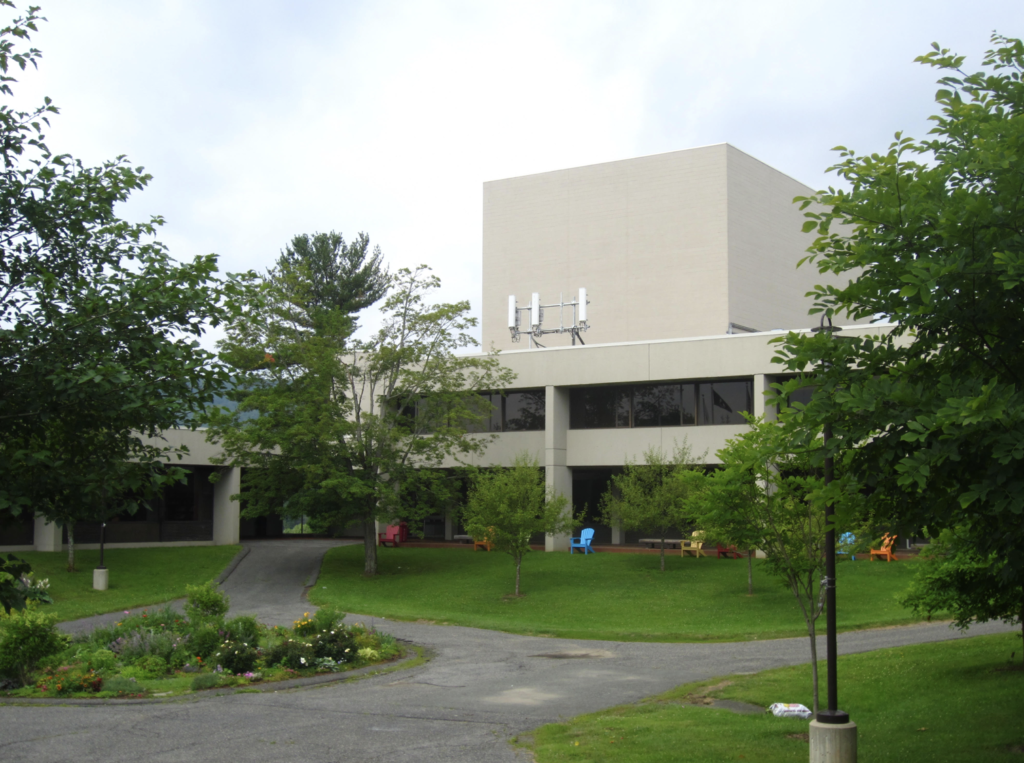 BCC Tutorial Center – 2017 – Area directly underneath the cell base station. 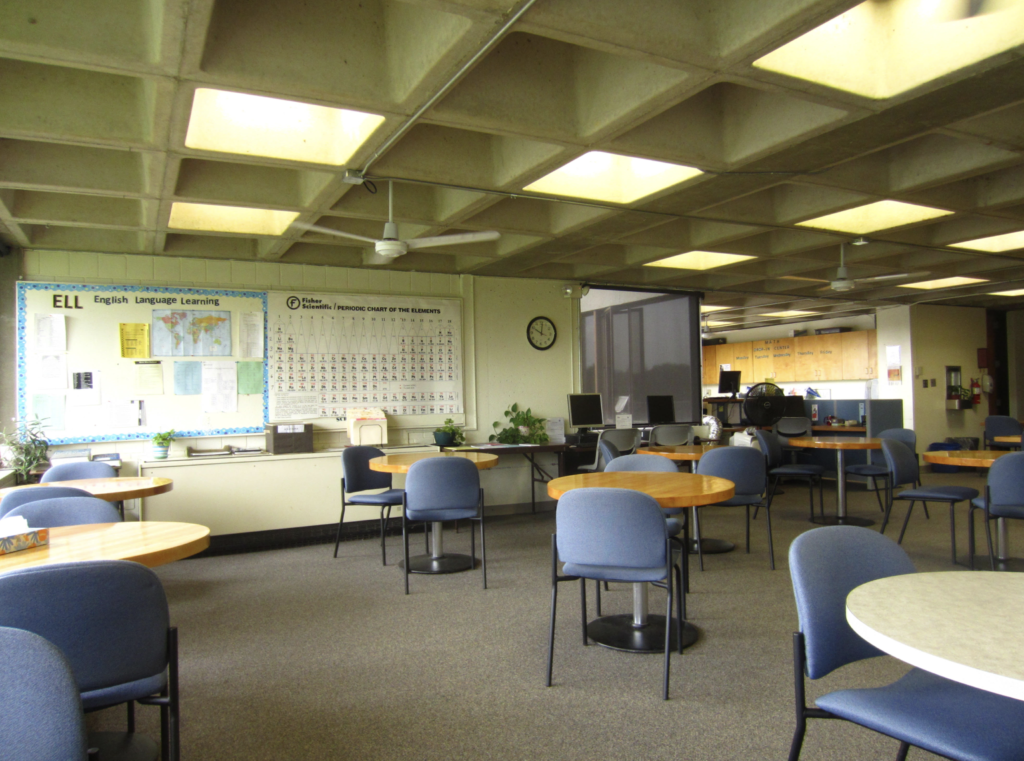 The microwave radiation from Verizon’s rooftop cellular base station leaked through the ceiling of the Berkshire Community College Tutorial Center and bombarded the students and tutors sitting in the area below.  It was stronger than a cell phone, never shut off, and bathed the entire body.
I suffer from Microwave Radiation Sickness, also called Electrohypersensitivity Syndrome (EHS).
The radiation from the Cellular Base Station caused my condition to severely deteriorate in a short period lasting from October through December of 2017.
I needed a radiation-free “white zone” and a computer wired directly to the internet.  I petitioned the college for an accommodation under the Americans with Disabilities Act.  (Please see letter from Dr. David Carpenter attached below.)
Several students and one other staff member had expressed concerns that the radiation was affecting their health.  I related this to the Vice President at the end of 2017 and asked to be directed to someone who was in a position to answer questions regarding a larger public health threat.  I never received a response.
My request for an accommodation was denied.
I never recovered from my exposure to microwave radiation from a Verizon Wireless Cellular Base Station installed directly over the Tutorial Center at Berkshire Community College. 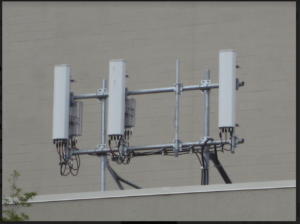 In our home, we cannot and do not have wifi.  We do not own or use any devices which have wifi capability, including laptops and tablets.  We do not have cell phones.
Any additional exposure to microwave radiation from cell towers, cell phones, or any type of wifi – anywhere, anytime, will cost me the rest of my ever-diminishing ability to use any electricity or electrical devices.  It will crash my immune system, destroy the rest of my physical health, and take my life.  It will make me grow old, fast, and die.  That is why the military called it “rapid aging syndrome” when microwave radiation sickness was first detected in radar operators decades ago.
My Microwave Radiation Sickness is so advanced, my condition is so severe, that I have not left my property in four years and I can no longer go outside due to the neighbor’s wifi and radiation from a nearby cell tower.
I can no longer leave my home because continued exposure to cell phones, cell towers, wifi, etc., worsens my sensitivity to electromagnetic energy.  My bank, supermarket, local library, town hall, and justice court, all have wifi, as do hospitals.  I am unable to seek medical care.  I cannot risk travel.  If my sensitivity gets bad enough, I will lose the ability to use any electricity or electrical devices whatsover.   I am a refugee from microwave radiation.  I will never leave my home again.
Berkshire Community College is on State Land.  I never considered contacting the Pittsfield Board of Health when I got sick back in 2017.  I reached out to my employer, the Commonwealth of Massachusetts, but no one listened, no one helped.  I was ignored until I was too sick to do anything but fade into silence.  It took me three years to recover enough before I could speak out, had to speak out, when I saw that another Verizon facility in Pittsfield was hurting 17 people including children who have their entire lives ahead of them.
Respectfully,
Michael Muadin
President – AMRA
The Alliance for Microwave Radiation Accountability, Inc.
After I issued this, the College moved the Tutorial Center from underneath the cell tower.
The Tutorial Center is now located in the Jonathan Edwards Library.