Italy has among the most stringent limits for wireless cell tower radiation. Now their laws are under attack by the wireless industry lobby.  Alleanza Italiana Stop 5G has   launched a sit in protest in relay fashion. They are raising awareness of the potential for Italy to raise radio-frequency exposure thresholds by 100 percent and calling for protections.

“Thanks to the activists of  Stop 5G Lazio (Fiumicino Stop 5G and Latina Stop 5G), a symbolic sit-in protest promoted by Alleanza Italiana Stop 5G started on March 22nd, 2022  in front of the institutional seats. The aim of this initiative is to ask the Parliament not to approve the unwise amendments and the ASSTEL proposal that would raise 110 times the threshold limits for exposure to electromagnetic fields.”

“ATTENTION: this sit-in is not a street demonstration, but it is possible to take turns in relay mode with the activists. The invitation to participate is addressed to the representatives of all parties, movements, coordinations, politicians and citizens concerned with precaution and prevention of damage. The aim is to create a virtuous relay race to raise the issue, bringing parliamentarians together and raising awareness in the media and public opinion of this serious impending danger. The sit-in will continue over the next few days. In addition, an international appeal by NO 61 V/M scientists is expected, as well as the presentation of parliamentary questions in defence of public health and the environment, seriously threatened by the electromagnetic overdose being advocated in the name of 5G and of a transhumanist progress that puts each of us in danger.” 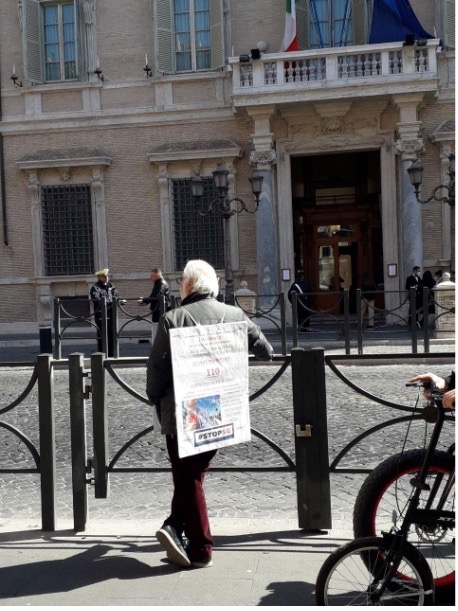 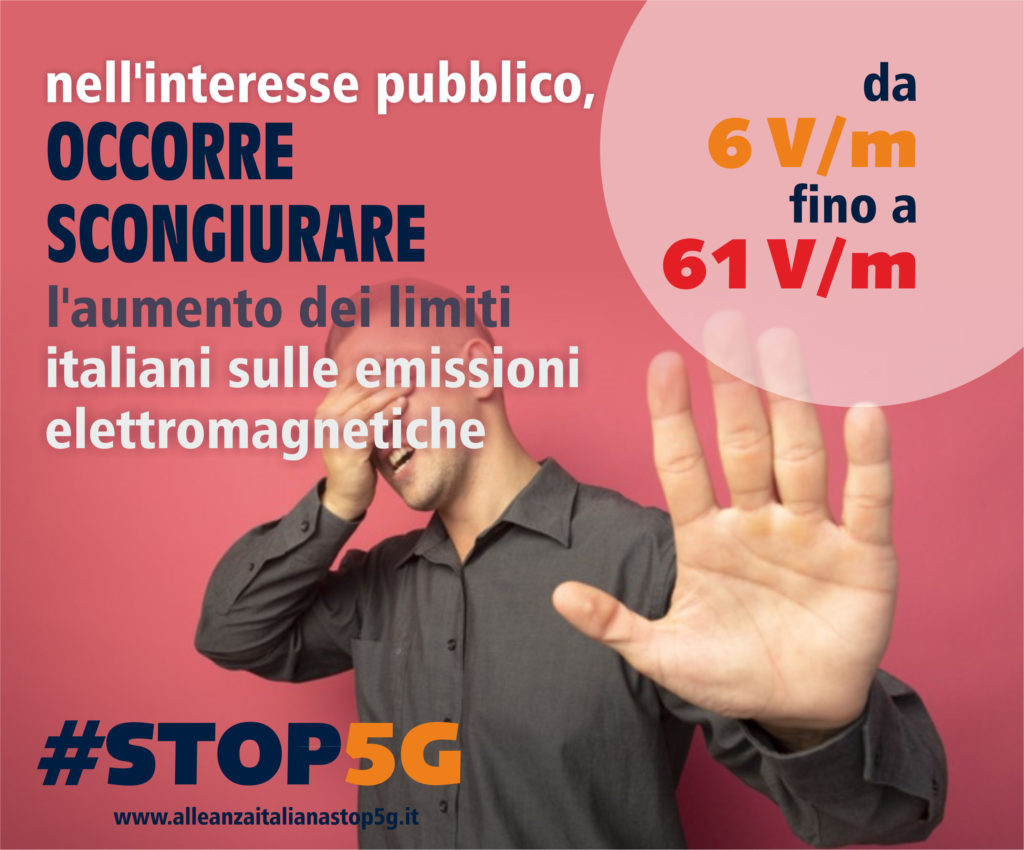 Last year, when the Italian government was considering loosening their more stringent RF limits, Linda Birnbaum PhD, retired Director of the National Institute of Environmental Health Sciences and Chris Portier PhD, former Director of the National Center for Environmental Health, US Centers for Disease Control and Prevention, Devra Davis PhD president of the Environmental Health Trust and several other experts sent a letter to the government of Italy recommending they maintain their strict RF limits, limits that are more stringent than the US. The letter stated, “As senior scientists with relevant experience of EMF/RFR we are writing to you to caution against raising, by 100 times in terms of power density, the 20 year- old, and path- breaking, Exposure Limits for protecting the Italian public from EMF/RFR, and to replace them with the higher exposure limits recommended 20 years ago (and reiterated in 2020) by the private sector body, ICNIRP.”

Notably, in 2011,  The Parliamentary Assembly of the Council of Europe issued Resolution 1815 The Potential Dangers of Electromagnetic Fields and Their Effect on the Environment which states “the various agencies setting safety standards have failed to impose sufficient guidelines to protect the general public.”  The Resolution has numerous recommendations stating, “In light of the above considerations, the Assembly recommends that the member states of the Council of Europe”  “set preventive thresholds for levels of long-term exposure to microwaves in all indoor areas, in accordance with the precautionary principle, not exceeding 0.6 volts per metre, and in the medium term to reduce it to 0.2 volts per metre” and “pay particular attention to “electrosensitive” people who suffer from a syndrome of intolerance to electromagnetic fields and introduce special measures to protect them, including the creation of wave-free areas not covered by the wireless network.”