In their brief December 21 “deliberation” on the fate of electromechanical or analog opt-out electric  meters, three Maine Public Utilities Commissioners were unanimous in their rejection of a previously  well-reasoned 2011 Commission Order establishing analogs as one of two opt-out choices for citizens  concerned over the many problems inherent with smart meters. The other original opt-out choice was a  digital smart meter without a radio transceiver. On January 13th the Maine Coalition to Stop Smart  Meters appealed the PUC decision to the Maine Supreme Judicial or Law Court.

In the current docket, 2019-00044, CMP claimed they needed to replace analog meters with new digital  meters because they had run out of analogs. CMP, with approximately 650,000 analog meters when  they switched to smart meters, was required in the original Opt Out Order from docket 2010-345, to  retain enough electromechanical meters for any opt-out customer who might want one.

Opt Out Order Part II, V. B states in part:

We disagree with CMP’s argument that a smart meter opt-out program should not include an option for an electro-mechanical meter. In our view, providing two opt-out options will not be overly confusing to customers and, based on the smart meter complaints and customer letters, the vast majority of customers that have concerns regarding smart meters desire to maintain an existing meter. It would be of little purpose to provide an opt-out alternative in response to customer concerns when that alternative is not acceptable to most of the customers as a means to address those concerns. 11

“The PUC has rewarded CMP for their bad behavior and blatant disregard of the original order” said  Ed Friedman, spokesperson for the Coalition. “Somehow, presumably through scrapping or sales, CMP  has disappeared about 644,500 meters (650,000 pre smart meter analogs minus those retained by the original 9,000 opt out customers reduced to 5,500 through attrition from cost and harassment) and the  Commissioners have, not unexpectedly, let them off the hook. Both the PUC and CMP must be held  accountable” he said. “There’s no reason why, if for whatever reason CMP is out of electromechanical  meter stock, the company can’t purchase a couple hundred refurbished meters at $20 each and start an  active and rolling refurbishment program, sending their own older ones in to get recertified at $10 each,  a low cost, effective, safe and green solution that plenty of other utilities take advantage of. The entire  supposed premise for the smart meter program was energy savings and yet here the PUC is rejecting  clean, green solutions that reduce, reuse and recycle in favor of short-lived, toxic, expensive alternative  new digital meters.”

In converting alternating current (AC) from the grid to direct current (DC) needed to run solid state  smart meters, power quality is impacted. “Back in 2011, CMP attempted to convince the Commission  that solid-state digital meters would be an acceptable opt-out alternative to analog meters” said Julie  Tupper, one of the original opt-out complainants to the PUC. “We presented evidence from engineers  and other experts that digital solid-state meters were not an acceptable alternative to analogs for several  reasons, including the emission of transients onto the home wiring. Voltage transients, just one type of  power quality disturbance, sometimes referred to as “dirty electricity or dirty power,” are spikes of  electromagnetic interference (EMI) that travel along the wiring in the walls and have been implicated in  cancer cases worldwide.” (See Woodward & Harding oscilloscope comparisons below)

These conducted and subsequently radiated emissions turning home wiring into a broadcasting antenna may be one reason why smart meters have had such devastating effects (see Tables 1 & 2 in Lamech,  2014, attached). As a physician who has done research on people harmed by wireless radiation, Dr.  Beatrice Golomb, MD PhD Professor of Medicine at UC San Diego said her labs findings that  radiofrequency (RF)-emitting utility meters are the largest cause of new onset non-ionizing radiation  sensitivity, conforms with findings of others (see Golomb, 2020 below).

“Our survey study shows this smart meter – induced electrical sensitivity often led to catastrophic  impacts in the lives of those affected”, Golumb said. “As an instance, 50% of those who were  employed at the time they developed the sensitivity reportedly lost or were forced to leave their job as a  result of it.” She requested that the PUC “please ensure purely analog electromechanical meters remain  available for those who wish them,” citing this is important for the health of vulnerable members of the  public.

Other issues with digital meters include their ability to gather and store more customer data than are  needed for billing, and the customer’s inability to easily discern whether CMP has added RFR or other  modules or otherwise changed the meters over time.

“CMP has shown over and over they cannot be trusted,” said Dianne Wilkins, another initial complainant negotiating the original opt-out order. Wilkins and her husband had concerns focused on  privacy aspects of smart meters. “Maine citizens spent their personal savings against a foreign  corporation with limitless financial resources for 3 years to reach an opt-out agreement with the  PUC/CMP. Reneging on their agreement with the public is a complete agency/utility breach of public  trust, and a disrespecting slap in the face to Maine people. The request to substitute solid state meters  for electromechanical/analog meters should have been denied and the prior agreement with the public,

On August 13, 2021, the U.S. Court of Appeals for the D.C. Circuit in EHT et al, vs FCC ruled that the  Federal Communications Commission (FCC) ignored scientific evidence and failed to provide a  reasoned explanation for its determination that its 1996 RFR exposure regulations adequately protect  the public against all the harmful effects of wireless radiation. The ruling stated that the FCC’s  “arbitrary and capricious” decision to maintain their 25-year-old exposure limits did not address  evidence indicating “non-cancer” harm, such as impacts to children, testimony of persons injured by wireless radiation, impacts to the developing brain, impacts to the reproductive system, and impacts to  wildlife and the environment.

Portland attorney for the Coalition, Scott Sells, who drafted and filed Wednesdays appeal, cited the  ongoing federal litigation as primary basis for the group’s decision to move ahead. “The PUC has based  their decision in this and past related dockets on the primacy of FCC radiofrequency radiation exposure  standards when it comes to safety. The recent Appeals Court decision however, which the PUC should  have considered, invalidates those standards when it comes to non-cancer effects, children and the  environment. Until and unless the FCC can satisfactorily justify their continued reliance on obsolete  1996 standards, we have asked the Law Court to stay enactment of the recent PUC order allowing  analog meter replacement.”

In their Motion for Reconsideration of the PUC decision in docket 2019-00044, Coalition members  pointed out errors of law, errors of fact, and arbitrary and capricious behavior by the Commission resulting in abuse of discretion. This appeal resulted because the Commission’s reply was inadequate  and did not resolve the errors.

CMP recently was ranked dead last for the 4th consecutive year on JD Power’s customer service survey  of similar size utilities. The company is defendant in a number of state and federal lawsuits, including  those based on nuisance, disability/discrimination, and racketeering grounds. 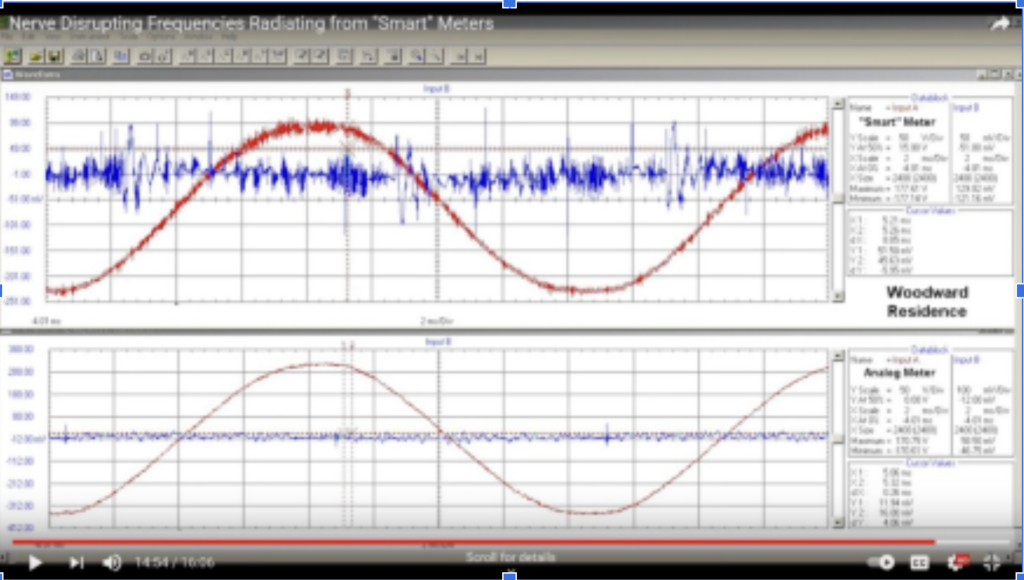