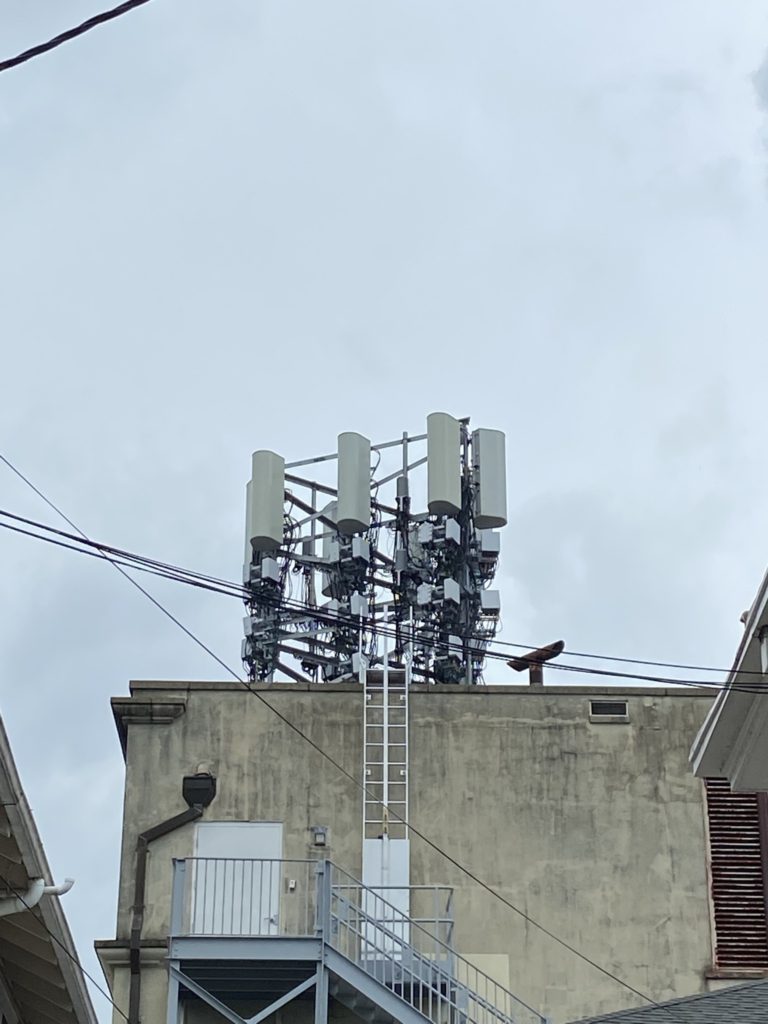 The #sad story behind these photos:
On September 9, 2022, one of our supporters (we will call her Cathy for privacy reasons) was driving down Napoleon Avenue in New Orleans, LA when she saw a massive, ugly wireless telecommunications facility looming over a residential community. The tower is installed on the rooftop of a two- or three-story AT&T building located on historic St. Charles Avenue. It is eye-level to bedroom windows and no more than 100 feet away from homes. 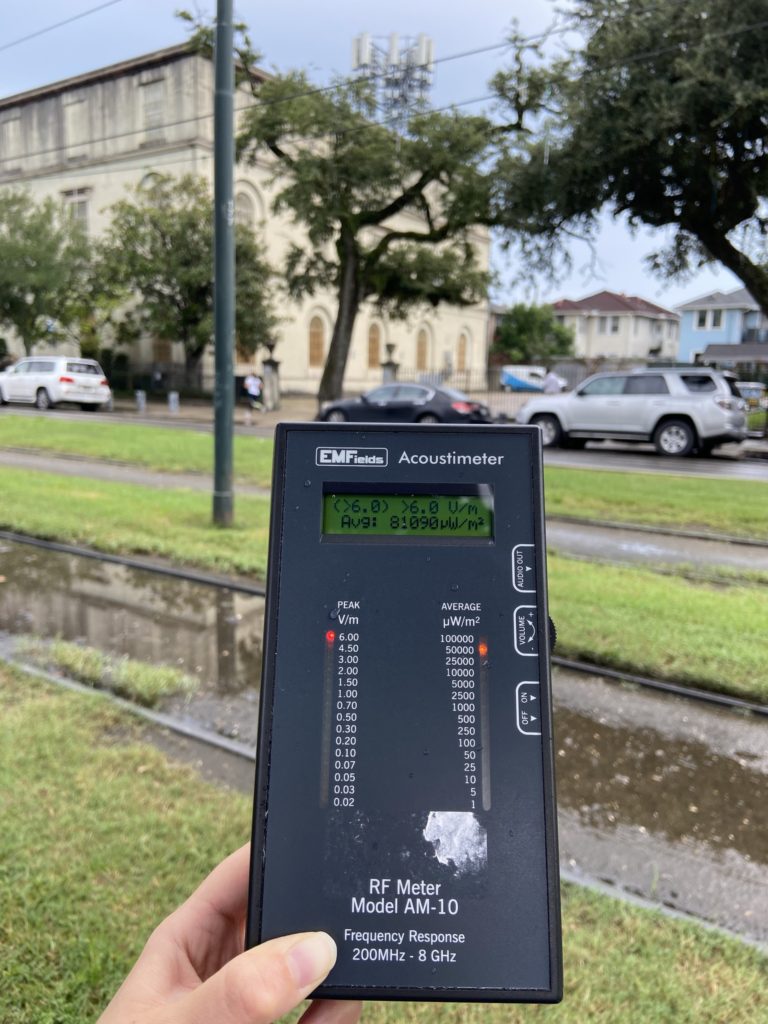 Cathy parked her car and started to walk around the block to take photos of the antennas. Upon walking, she noticed a man sitting on his second-floor porch, his home located about 200 feet from the tower. Cathy stopped and asked him how long the tower had been behind his house. He responded slowly and with a slight stutter:
“I’ve been living here for 20 years…AT&T put that tower up just a little while ago, maybe a couple of months…I saw them build it…
Sorry, I can’t talk quickly…words just don’t come out the way I want ’em too. You see, I just had a stroke…
Now that I think of it, I’ve been having lots of health problems that I ain’t never had since that tower went up. Until you came around with that worried look on your face, I didn’t think the tower was a problem. But now, I’m afraid. I want to live to 90. What if that thing is making me sick?”
Cathy responded to the man:
“I also want you to see 90. Move out of this house.”
Learn more