for this free webinar with Dr. Devra Davis on cell phone radiation and cancer!

The World Health Organization International Agency for the Research on Cancer classified cell phone radiation as a Group 2B “possible” carcinogen in 2011 and today- over a decade later- numerous WHO experts recommend an upgraded classification. They say in published papers wireless can cause cancer!

Numerous doctors and breast cancer surgeons recommend keeping your phone out of your bra. 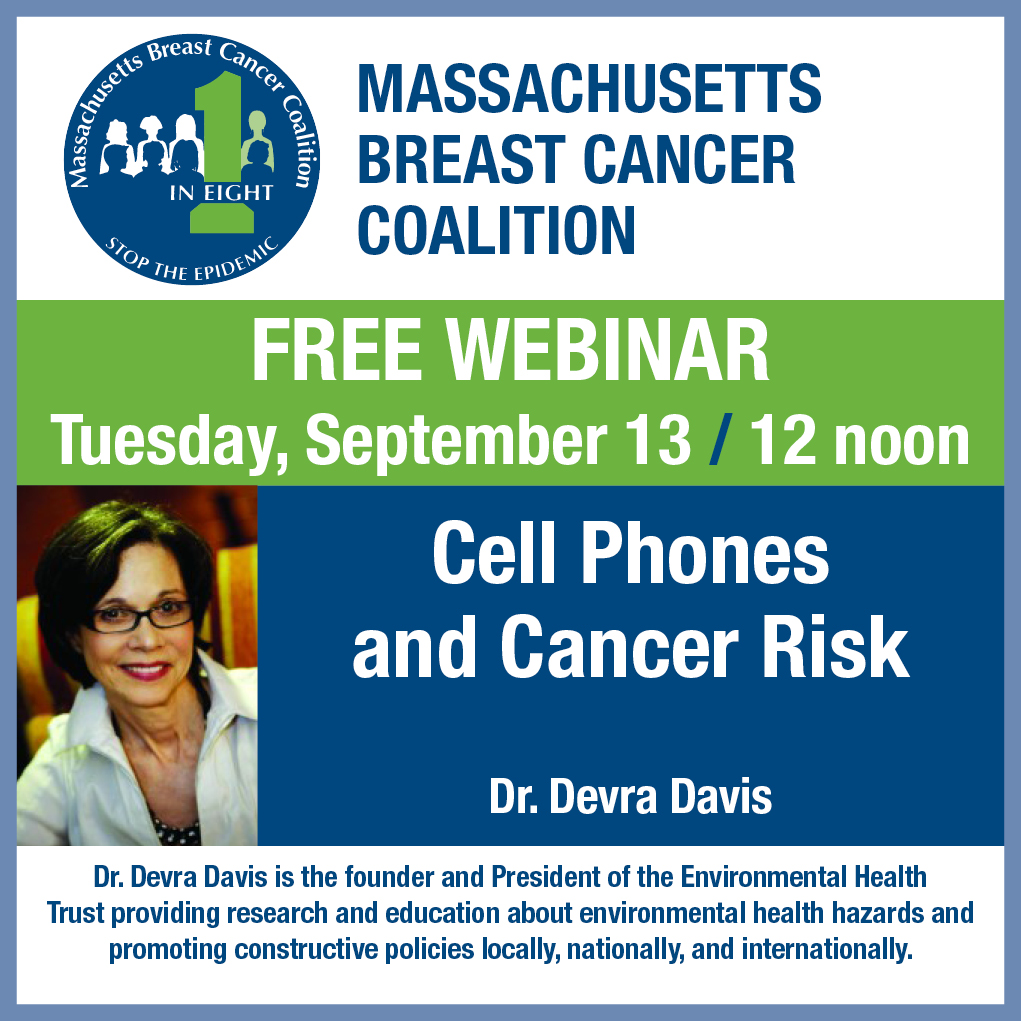 What You Can Do

Tiffany was only 21 when she was diagnosed with an unusual breast cancer directly under the place she carried her phone in her bra. She did not know that the manual stated she should keep the phone at a distance from her body.

“I WISH there would have been a warning on the outside of the box for ALL of us to read ­ My daughter may not have to fight for her life if it were!” –Traci Frantz, Tiffany’s mother in a letter to City Councils.

Tiffany Frantz developed metastatic breast cancer after storing the cell phone in her bra for 5 years. The tumors were directly where she kept the phone in her bra. Tiffany passed away Saturday, August 28, 2021 at the young age of 31.