LEARN MORE ABOUT OUR PRICING NOW

Functional Medicine determines how and why illness occurs and restores health by addressing the root causes of disease for each individual.

The Functional Medicine model is an individualized, patient-centered, science-based approach that empowers patients and practitioners to work together to address the underlying causes of disease and promote optimal wellness.

It requires a detailed understanding of each patient’s genetic, biochemical, and lifestyle factors and leverages that data to direct personalized treatment plans that lead to improved patient outcomes.

By addressing the root cause, rather than symptoms, practitioners become oriented to identifying the complexity of the disease. They may find one condition has many different causes and, likewise, one cause may result in many different conditions. As a result, Functional Medicine treatment targets the specific manifestations of disease in each individual.

Many diseases can be treated by Dr. Kathy Veon – Orlando Functional Medicine. All are welcome to discuss their ailment with Dr. Kathy Veon, learn more about her on Linkedin.

Functional Medicine is a crucial antidote to the dual problem of healthcare cost inflation and chronic dependency on the healthcare system.

Visiting With Dr. Kathy Veon – A Holistic Doctor, You Can Expect More

When you visit with your Orlando Area Functional Medicine Practitioner, Doctor Kathy Veon, you can expect to spend a lot more time with her than you would with a conventional provider. You can also expect to do a lot of talking, as a large part of Functional Medicine is exploring your detailed personal and family history, the circumstances around your first symptoms, and the experiences you may have had with other healthcare providers.

CALL US TO SCHEDULE AN APPOINTMENT

Once you are ready to begin your Functional Medicine journey, it will be time to find time to schedule an appointment with Dr. Kathy Veon. Patients are recommended to complete the intake forms which are available on our website as well as review our pricing, location, and accepted payment methods.

To help you further, it is important to prepare some questions for you to ask Dr. Kathy Veon at your first appointment. Keep in mind that your questions are meant to help maximize the success of your Functional Medicine experience.

After you complete the first visit, the hard-but-rewarding work begins. Why? Because, both you and Dr. Kathy Veon, your local Orlando Functional Medicine practitioner agree to be equal partners in meeting your health goals.

Both of you will then create a functional medicine health plan with suitable expectations set. Dr. Kathy Veon may suggest several lifestyle modifications that will help achieve your goals. Finally, it will be time to implement the plan in action, with regular check-ins and revisions where necessary. 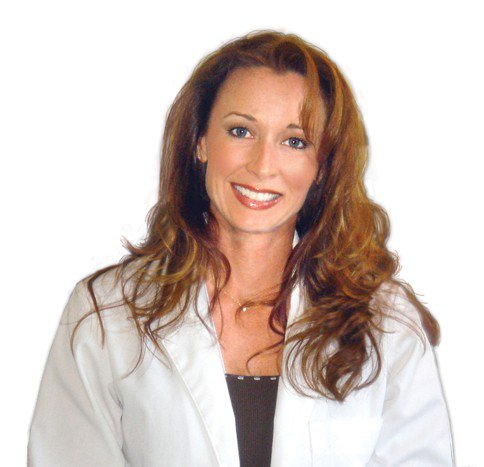 What Clients Are Say About Us

“I came to Dr. Veon after my father found her on the internet. I had no expectations and really no hope of being treated, much less cured. I had seen nearly a dozen other doctors and specialists, all of which did not listen and wanted to give me pills to treat one or two symptoms; and do nothing to actually cure me. I could tell immediately that Dr. Veon was different. She took the time to listen to me and while she suggested some supplements, she never forced anything on me.

During the course of my treatments, if ever I was not comfortable with something, she was more than willing to work with me and try an alternative. Before treatment, I was only able to sip water and eat broccoli (dropping down to 137lbs on my 5′ 11″ frame) and lay around on a couch all day. Since treatment, I am able to eat anything I want and bike 26.5 miles a day!

Dr. Veon offers a calming atmosphere and is a joy to see and talk to. I highly recommend holistic medicine to everyone. What have you got to lose? And if you’re going that route, I cannot say enough great things about Dr. Veon!! I have recommended her to many people and have gotten my parents and brother to start seeing her for asthma and pain management. Thank you Dr. Veon for doing what you do!” – A. Finch, Functional Medicine Patient

There are Functional Medicine therapies available for your skin disorder!

Get Asthma Relief with Dr Kathy Veon, a Doctor in Holistic Medicine based in Central Florida.

Dr. Kathy Veon Wants You To Learn About Orlando Florida

The City of Orlando is nicknamed “The City Beautiful,” and its symbol is the fountain at Lake Eola. Orlando is also known as “The Theme Park Capital of the World” and in 2014 its tourist attractions and events drew more than 62 million visitors. The Orlando International Airport (MCO) is the thirteenth-busiest airport in the United States and the 29th-busiest in the world. Buddy Dyer is Orlando’s mayor.

As one of the world’s most visited tourist destinations, Orlando’s famous attractions form the backbone of its tourism industry: Walt Disney World, located approximately 21 miles (34 km) southwest of Downtown Orlando in Bay Lake, opened by the Walt Disney Company in 1971; the Universal Orlando Resort, opened in 1999 as a major expansion of Universal Studios Florida. With the exception of Walt Disney World, most major attractions are located along International Drive. The city is also one of the busiest American cities for conferences and conventions; the Orange County Convention Center is the second-largest convention facility in the United States.

Like other major cities in the Sun Belt, Orlando grew rapidly during the 1980s and into the first decade of the 21st century, mostly due to the success of Walt Disney World, which was opened on October 1, 1971. Orlando is home to the University of Central Florida, which is the largest university campus in the United States in terms of enrollment as of 2015. In 2010, Orlando was listed as a “Gamma−” level of world-city in the World Cities Study Group’s inventory. Orlando ranks as the fourth-most popular American city based on where people want to live according to a 2009 Pew Research Center study.