Velvet Deer Antler for Degenerative Diseases by Blog Article written by Doctor Kathy Veon. Velvet Deer Antler has long been used by Eastern Medicine to treat everything from low back and knee pain, cold extremities, tinnitus, infertility in both men and women, uterine bleeding, children with learning disabilities, insufficient growth, and failure to thrive, to bladder issues, boils and slow healing skin ulcerations.

The most well-known modern uses of deer antler are often tied to sports performance enhancement, however, this potent tonic should not be overlooked when searching for natural support in the healing of degenerative diseases.

Velvet Deer Antler is also known as ‘Lu Rong’ in Chinese Medicine and has been used for thousands of years as a Yang tonic, either alone or mixed with other herbs. According the Chinese Medicine, Lu Rong primarily affects the Liver and Kidney channels, making it a potent energy tonic as well as an excellent liver protector and hormone modulator. Its properties are Warm, Sweet, and Salty.

Lu Rong supports and tonifies both the Conception Vessel (making it great for reproductive issues), as well as the Governor Vessel (making it a good tonic for fatigue as well as a key herb for treating back pain). In ancient formula texts it is most often mixed with Aconite Root, Ginseng, or Cinnamon to either increase or moderate its warm qualities in the treatment of various diseases.

Modern research reveals a number of potent growth factors available in Velvet Deer Antler. These include:

The growth factors present in Velvet Deer Antler have been used to accelerate the repair cutaneous wounds, heal broken bones, heal tissue injuries from surgery, stimulate the body to create more of its own glucosamine for joint health, create more collagen, strengthen and heal nerve damage or deterioration (both from injury or genetic sources such as Ankylosing Spondylitis and Lou Gehrig’s (ALS)), stimulates the immune system, increase muscular strength and aerobic function, lower LDL cholesterol and improve LDL/HDL ratio, treat infectious diseases, fatigue and hypertension. Velvet Deer Antler may also be used topically as a poultice for tissue healing and scar reduction.

The normal dosage of Velvet Deer Antler is 1 to 2 grams per day, starting slowly at lower doses and increasing overtime to avoid a sudden increase of the ‘yang’ aspect in the body, leading to dizziness or red eyes.

Velvet Deer Antler refers to the early stage of antler growth, which usually begins in the spring. The antlers will naturally shed in winter if they are not removed, however, it is important to note that in all farmed deer the antlers are always removed for safety reasons regardless if they are used for medicine or not. Antler removal keeps the deer from becoming aggressive, fighting, and hurting or killing each other. Removal is performed under anesthetic.

It is VERY important to not use velvet deer antler that has been harvested using a chemical anesthetic. These are very toxic to the animals. Because the velvet is living tissue, the toxins from the anesthetic will also be found in the harvested deer antler and should not be used for medicine or human or animal consumption. The most humane and safe removal is done by using electrical impulses as a natural anesthetic. No chemicals are used that may harm the animal or end up in the medicinal product.

Much of the supply of deer antler on the market has been harvested by using chemical anesthetics, so it is important to ask the manufacturer how the antler was harvested. A freeze-dried antler is the best as this method preserves the co-factors and full bioavailability that may be damaged with the addition of alcohol or other preservatives.

Thanks for reading Velvet Deer Antler for Degenerative Diseases!

Velvet Deer Antler has many medical uses beyond performance enhancement and recovery and is a natural and time-tested tonic that can be safely used for trauma recovery, infertility and hormone balance, tissue regeneration, nerve damage, pain, and immune issues, and cancer.

Full testing and protocol supervision for chronic and degenerative diseases are offered at the office. For more information, please call: 407-328-6711

Keep Up With Dr. Kathy Veon 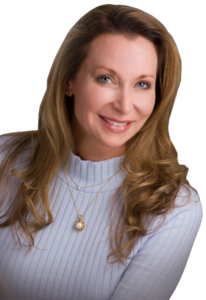 Our office has numerous services to assist people with achieving a good foundation of health – please visit the services page now to learn more. To learn about the other diseases that our medical office handles – please visit the diseases page now. Furthermore, to learn more about Doctor Kathy Veon now – visit her Linkedin page – just click this link.