Dr. Kathy Veon, DAOM, AP, CCN is a Holistic Doctor in Mt Dora as well as a Board Certified Acupuncturist and Clinical Nutritionist, with over 15 years of experience in Holistic Medicine Therapies which helps those with chronic or difficult to treat health issues.

Patients Can Receive from this Local Mt Dora Holistic Doctor for their Neurological Diseases – Dr. Veon Wants to help you!

Our Patients Can Receive The Needed or Required Internal Medicine from this Holistic Doctor in Mt Dora.

Mt Dora Holistic Medicine takes into account all that it means to be human.  Environmental, Emotional, Mental, Spiritual, and Physical aspects are all considered when finding the real root causes of illness, imbalance, and disorder.   All sources that contribute to a person’s existence must be acknowledged when embarking on a healing journey.  Holistic Medicine therapies in Central Florida are all about detoxifying and nourishing the body, mind, and spirit to bring complete healing into reality. 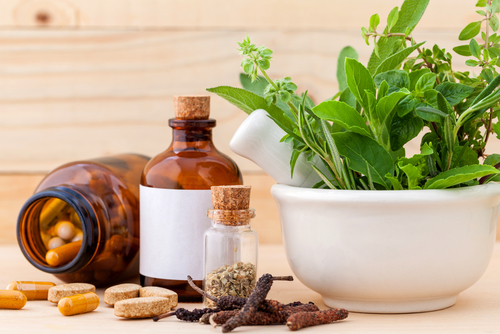 Dr. Kathy Veon, a well-known Mt Dora Holistic Doctor, relies on comprehensive visits and advanced diagnostic testing to understand exactly what your body is trying to tell you—and how to help it heal. Click the boxes below to learn more about a service you might need now or in the future.

Dr. Kathy Veon, your holistic doctor in Mt Dora, Florida has Holistic Medicine, Functional Medicine, and Preventive Medicine therapy solutions available for you! Here is some useful office information for you to know prior to the first appointment.

Mount Dora is a city in Lake County, Florida, US. As of the 2010 census it had a population of 12,370 and in 2019 the population was estimated to be 14,516. It is part of the Orlando-Kissimmee, FL, Metropolitan Statistical Area. Founded in 1880, Mount Dora is known for its small-town southern charm. It has many antique shops in the downtown area. The downtown area overlooks Lake Dora. Mount Dora is home to one of three freshwater lighthouses in Florida. It hosts many monthly festivals and is known as the “Festival City”.

The town of Mount Dora began in 1874 when the area was settled by David Simpson, his wife, and two children. In 1880, Ross C. Tremain became the town’s first postmaster and later a major real estate developer for the area. A post office called Mount Dora has been in operation since 1883. Tremain named the unincorporated village Royellou, after his children, Roy, Ella, and Louis.

The community was renamed for Dora Ann Drawdy, who was an early settler of the town in the mid-1880s. In 1846, the surveyors named Lake Dora after her, and in 1883 the town was renamed after the lake. The Mount in Mount Dora reflects the fact that the town is on a plateau 184 feet above sea level. In addition to this, Dora is memorialized through Dora Drawdy Way, an alleyway located in the downtown area.

The town became a popular winter retreat for hunters, fishermen, and boaters, and in 1883 the Alexander House, a two-story hotel, was opened. The Alexander House has been renamed several times and was listed on the National Register of Historic Places in 1975. A railroad came to town in 1887, followed by an orange packing house, fertilizer factories, and a cannery. The town was granted a charter in 1910 with John Philip Donnelly as its first mayor; the town had 371 residents at the time.

In the 1920s, Mount Dora began to grow significantly, both in residential development and business development. Mount Dora began investing in public infrastructure, including streetlights, a water system, curbs, and paved roads. The first two public parks were created and the Mount Dora Community Building was built largely from funds raised by Mount Dora residents. The building has since served as the city’s performance and meeting venue.

In 2013, the City of Mount Dora began to develop an area of land called the Wolf Branch Innovation District. That plan was developed as the Wekiva Parkway started to expand and State Road 453 opened right into Mount Dora. The Wolf Branch Innovation District is currently being developed to become a high-tech and life sciences business area. Expansion of infrastructure and roadways continues as Mount Dora prepares for future growth.